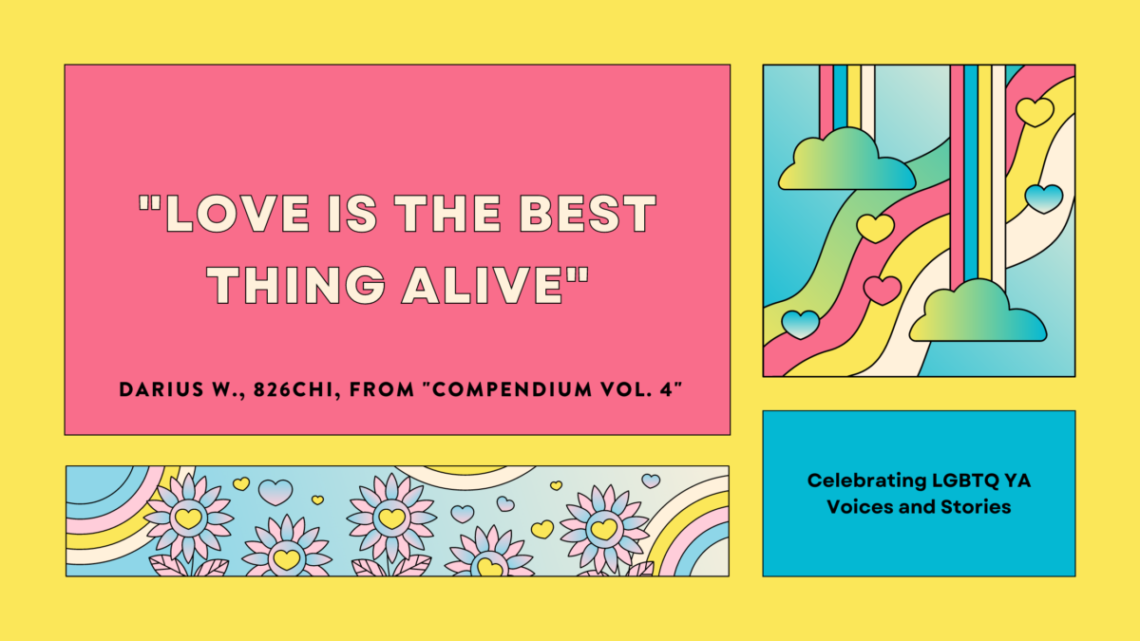 Darius W. from 826CHI said it best when they said, “Love is the best thing alive.” Although February is more synonymous with love and romance, this June, we’re celebrating the power and acceptance of love — love for our families, our partners, and ourselves.

There is nothing more thrilling or terrifying than falling in love, and nothing reminds us more of that than stories of first love. Below we’ve listed a few of our favorite LGBTQ+ YA novels that tug at our heartstrings. These stories are heartbreaking yet hopeful, joyful yet devastating. But at its core, these are stories of self-discovery and self-love.

We also want to highlight 826 Digital’s lesson plan, “Write with Pride: A LGBTQIA Writing Workshop.” Students will explore what it means to be LGBTQ+ in America through memoirs, poems, and essays. Below is an excerpt from “Here, Queer, Yet Not Really,” an essay exploring the representation of LGBTQ+ minorities and youth in US popculture from 826CHI student, Mercury:

Queer people being represented in an informational way is not as common as it should be. I haven’t seen or heard of any textbook or class that speaks of queer history, current civil rights struggles, or sex education units. The only thing gay-related that was taught to me in school was HIV/AIDS. Even in the news, where most of the content is devastating in order to raise viewer ratings, I barely saw the stories of over seven transgender women’s murders or that of the first person to be legally recognized as agender. Is this because this would just ruffle the feathers of people in high positions or “concerned” parents? Maybe . . . probably . . . but who can tell for sure these days. 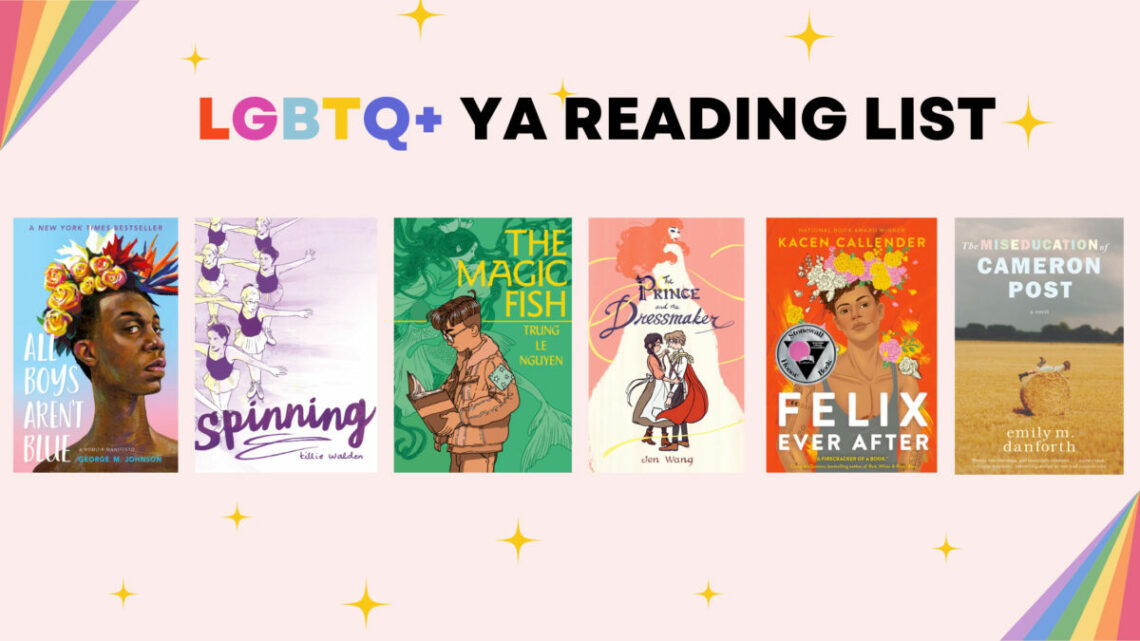 In this New York Times bestseller, George M. Johnson explores growing up as a queer Black boy in New Jersey and Virginia. Told through a series of personal essays, Johnson recalls his memories of getting his teeth kicked out by bullies, going to flea markets with his grandmother, and of his first sexual relationships. From gender identity to toxic masculinity, consent, and Black joy, Johnson explores these themes with honesty and vulnerability. This is a must read for teen allies and young queer men of color.

Growing up, ice skating was Tillie Walden’s entire life and identity. She woke up early to practice, got dressed in glitter and tights, and won competitions. The thing was, she hated it. Tillie soon discovers new passions, including art, and her sexuality, which collides with her ice skating life. In this graphic novel memoir, Spinning explores reconciling with the person you truly are with the person you used to be.

The Magic Fish by Trung Le Nguyen
In this gorgeous graphic novel debut, Tien, a Vietnamese-American teen boy, struggles to communicate with his Vietnamese mother. To help improve her English, Tien reads her fairy tales. But while his mother struggles with the English language, Tien struggles to find the right words to tell his parents that he’s gay. Nguyen beautifully illustrates the complexities of family and the power of stories as he interweaves multiple narratives together.

The Prince and the Dressmaker by Jen Wang
During the day, Prince Sebastian is a prince looking for his princess, but at night, he is Lady Crystallia – the hottest fashion icon in Paris! Only his best friend, Frances, the brilliant dressmaker behind all of Lady Crystallia’s looks, knows about Prince Sebastian’s secret identity. But as Lady Crystallia’s looks and popularity grows, so must Frances’ ability to protect her friend. In this beautiful graphic novel, Wang creates a romantic story about young love, identity, and family.

Felix Ever After by Kacen Callender
Felix Love is seventeen, Black, queer, and transgendered. If that wasn’t enough, he’s also navigating an elite Brooklyn high school as a scholarship student. When an anonymous person publicly posts Felix’s deadname and pre-transition photos and sends him transphobic messages, Felix decides to get to the bottom of it. This investigation lands him in a love triangle and leads to revelations about his family, friendships, love, and identity. Heartwarming and poignant, readers will fall in love with Felix and root for him the entire way.

The Miseducation of Cameron Post by Emily M. Danforth
The same night Cameron has her first kiss with a girl, Cameron’s parents unexpectedly die in a car crash. Forced to move in with her conservative aunt Ruth, Cameron starts to attend a new church and youth group. As she navigates adolescence and new friendships, Cameron learns to blend in and hide her true self. But when her secret is exposed, her aunt forces her to go to a conversion camp. There, Cameron has to find a way to maintain her identity while still discovering who she truly is. 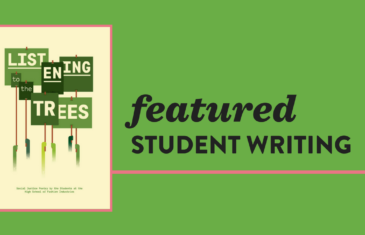 We’re all different… Why would society want us all the “same”? Who says we can’t be ourselves— Fake… It’s  what society  wants Tall, skinny…”Barbie-figured” It’s all skin and bones! Blue eyes…blonde hair, Don’t care…right? What about…the other parts of society? … Continue reading → 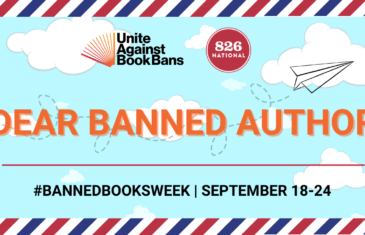 InPEN America’s latest report on book censorship, they counted 874 different authors, 198 illustrators, and 9 translators to have been banned – many who have been banned multiple times in various districts. Their research also discovered that many banned and … Continue reading → 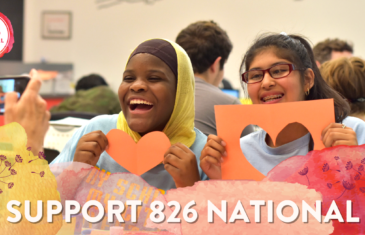 Writing is an act of joy and freedom. It has the power to open doors and catalyze new possibilities for young people. Through pencils, pens, and keyboards, our students conjure universes, build understanding and empathy, and write their paths forward. … Continue reading →