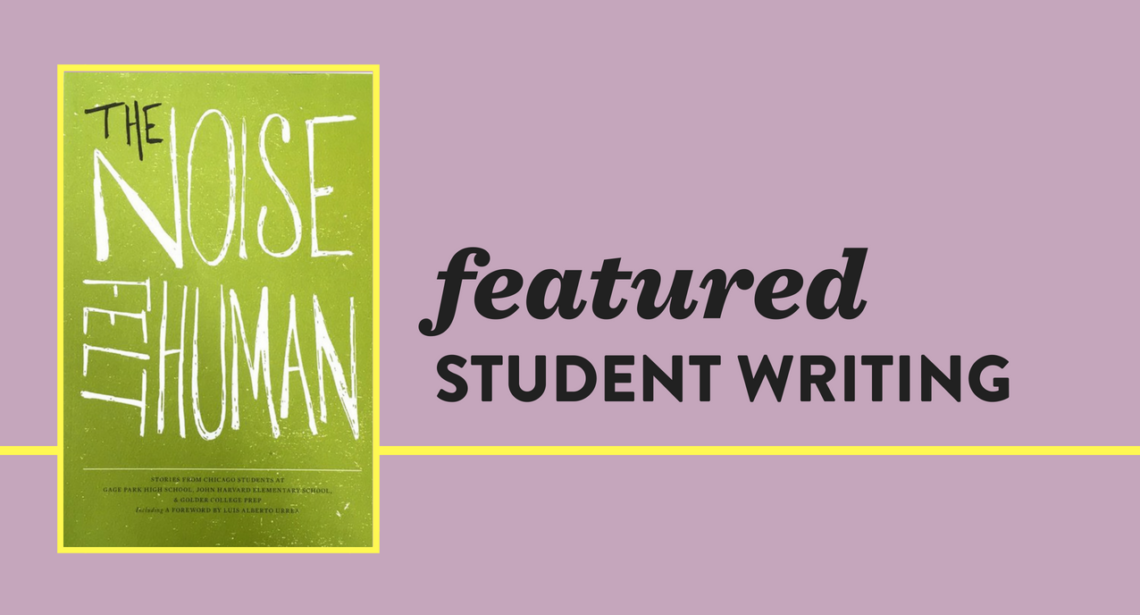 Why is street art important to Chicago?

Jair: Chicago needs graffiti because it gives the city a touch of fame. It gives a sense of style and power, too. In our art, we try to do something that others may not be able to, if they do, they still won’t be able to beat us. We have the saying, “Go big or go home.” What it means is that if you don’t do something big and awesome, then you just have to quit painting because you “don’t got style.”

Why is it important to you?

Jovani: For me it is important because you get the chance to become famous and it gets you more respect, even from people who don’t know who you really are. You might even have a chance to make money if you make it big. Also, it gives you a second personality, and then it doesn’t matter if they know you. Because that’s part of the game.

Jair: It’s the best way that I can express myself and be known.

Would you show someone how to make your art?

Jovani: If I’m going to teach someone how to do graffiti, they’ve got to have something special, something that says inside of them, “I love graffiti and want to be famous.” If you’ve got that, I know you will work to improve and put the best of yourself out there. To those interested in this kind of art, take the chance that you’ve got and don’t waste it. You will give the best of yourself.

Why did you decide to get involved in graffiti over gangs?

Jovani: I decided graffiti because it’s the best way to get respect, and it doesn’t hurt anybody. I can express my art without representing a color or a gang sign.

Jair: Graffiti is what I want. I want to be famous without getting in a gang. I want to get known by my art and not by killing somebody. I just want to paint with a lot of guys and make new friends. I don’t want problems—it’s just art.

Jovani: What makes really good graffiti is time to make your own styles, make your own details, and teach yourself. And for me it’s also good doing graffiti because it keeps me out of the streets and from getting in trouble. It’s just art that you want to show people.

What do most people not know about the art involved in graffiti?

Jovani: Well, a lot of people think that graffiti is garbage, nothing. They don’t want to take graffiti as art. But if you pay attention, you know. We take graffiti to levels that not all the people can, We do stuff that an expert artist wouldn’t, and we risk our lives every time we go painting. For me art is known through graffiti. That’s how art was born. All you’ve got to do is think about it and look at our drawings and you know it.

Jovani is sixteen years old. Since he was a kid he has lived in places where he has made both friends and enemies but he doesn’t like problems. He prefer graffiti. Currently, Jovani is working hard to pass all his classes with good grades and he aspires to “be a good kid like little kids when they go in kindergarten.”

Jair  is seventeen years old. Since he was a little kid he has lived in dangerous places where he had to learn how to handle problems. Jair never gives up. He likes to play soccer, volleyball, and football. HE started to learn about graffiti at the age of thirteen. He views it as an artform.

— An Interview Between Jovani and Jair, Grade 11, The Noise Felt Human

“We don’t always know our stories merit being told, certainly not written down. I didn’t. But as you can see in these pages, they so totally are. This is life, and love, and hope, and hurt and this is our tomorrow.” – Luis Alberto Urrea

Get THE NOISE FELT HUMAN 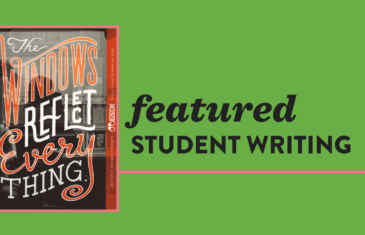 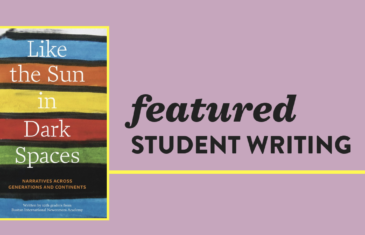 Once More, She Repeated A Pattern | 826 Boston

Often she approaches me with a bunch of papers and asks me to read and explain them to her. I know for sure what kind of information the papers contain. It’s either another English course opening up that she wants … Continue reading →

Flores Around The Block | 826michigan

Around the block there are flowers, roses and daisies. They’re beautiful. There is a garden. There are a lot of flowers and cute cats. There are butterflies. Sometimes there are parties. When my neighbors have a party, they have dances … Continue reading →