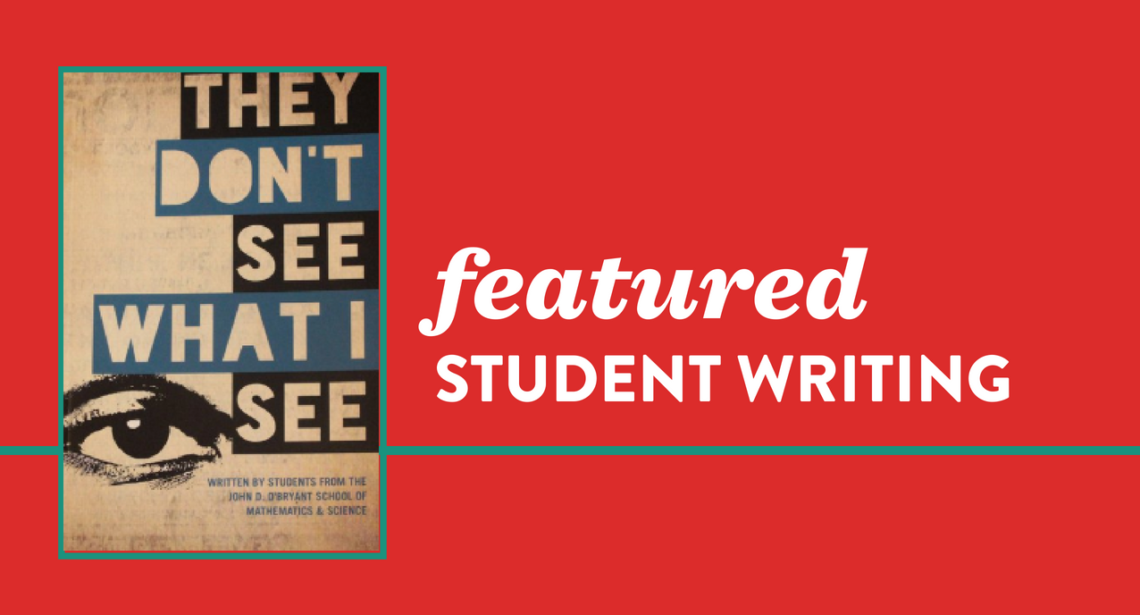 The first time when I went into a grocery store by myself without my parents was the first time I was followed by a grocery store clerk who assumed I was a thief. My friend and I wanted something to drink; we were maybe ten or eleven years old. Shaw’s has good deals, but all through middle school their clerk and sometimes their store manager would follow me to see if I would steal anything.

Being a young African American man, people ask me all the time, “How are you so smart?” Even the couple of students at my high school asked me questions like that. I guess they don’t see many black kids who try to get an education. It started happening in fifth grade. There were only seven black kids in the advanced class with me. They were smart to—I would even say they were smarter than me. When we hung out with our friends in the “regular” class, kids would asked us “How do you know that?” They would say it with the most attitude, like a slap in the face.

Was this offensive? Yes.

Even today, he will automatically assumed because I’m black I don’t have any manners or that I won’t show any type of intelligence. It kind of hurts that people in my neighborhood say it’s weird for me to excel academically. They assume I’m smarter than them, tease me, and they tried to bring me down a little bit sometimes.

For years I’ve experienced racism, from the supermarket, to school, to the people in my neighborhood. Racism is only going to get stronger as I get older. Unfortunately, at age 14 I already know this. You can tell right now things are heating up. All you hear about in the news or on your computer are police abuse and mistreatment—black people are just going to get more and more mad, and things are going to boil over. And when things boil over? It’s not going to end well. There’s going to be violence and riots countrywide.

Sometimes I worried for my safety with all the police shootings. I always watch my back when I go out, and when I see a police car drive by I watch my back even more—because that’s where the target is.

In five years, I might be an engineering sophomore at MIT or Harvard. I’m going to have to work extra hard, because if I don’t do as well as other people, everyone will automatically say “it’s because you are black, you can’t keep up with others.“ My friend’s dreams were crushed by one teacher during his senior year of high school because he was told he wouldn’t be able to cut it in college. I’ve had to work extra hard to be where I am today. I like to read a lot, I like to expand my vocabulary—and this has paid off, because I’m in a good high school. When I excel academically, I feel like something might change.

Mostly though I’m kind of afraid to do well in school, because racists want to keep the ones who are trying to get out of a stereotype down.

Ninth grade students from the John D. O’Bryant School of Mathematics and Science share Op-Ed essays that explore the contemporary meaning of the American Dream within the context of topics including women’s rights, migration, gun control, racial inequality and poverty.

Get YOU NEVER FORGET HOW TO RIDE A BIKE 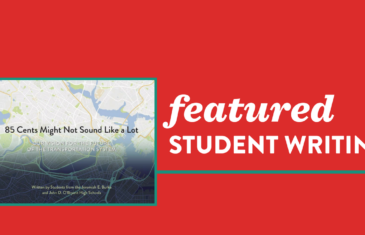 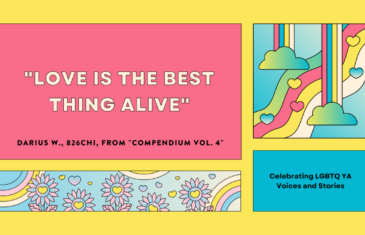 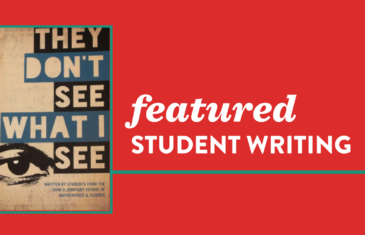