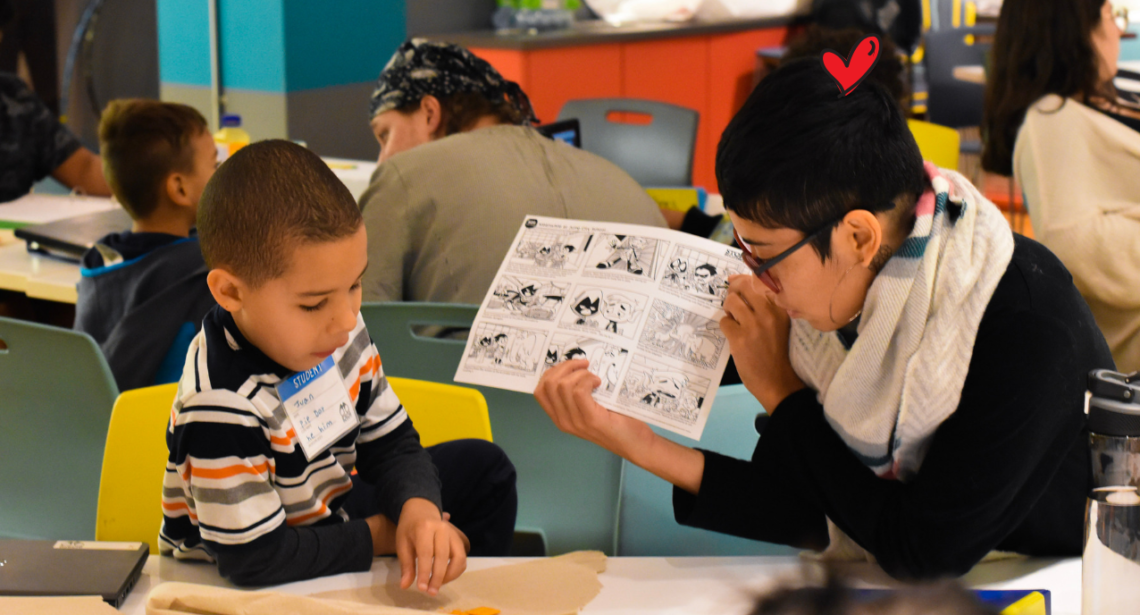 10 Tips From 826 Students for a More Welcoming Classroom

Name-calling, whispering campaigns, hurtful teasing, being excluded from activities, and physical abuse — these are just some of the bullying behaviors 1 in 5 students nationwide experience every day at school. It’s painful in the moment to be bullied by your peers, and research shows the harmful effects of verbal and physical harassment, from diminished self-esteem to lower grades, can last a lifetime. That’s why we’ve teamed up with Cartoon Network and PACER’s National Bullying Prevention Center on “Include Someone, Make a Difference,” an effort to build empathy and stop bullying before it starts.

Bringing student voices front and center into the national anti-bullying conversation is why we’re asking students nationwide to tell us how they “Include Someone.” We also reached out to the nine chapters in the 826 Network to ask students they work with what they think their peers, teachers, and schools should do to create a safer, more welcoming environment. Here are a few of their suggestions:

Explicitly teach that bullying and excluding others wrong.

This seems like a common-sense suggestion, but given the pressure to get kids mastering content on grade level, sometimes ongoing discussions and lessons about why bullying is wrong are put on the backburner. But as Sienna, a fifth-grader who participates in programming at 826NYC reminds us, students need to be taught that “bullying is bad” and they need that “big huge lesson to not exclude people, especially me.” To make it easy, we offer free inclusion-focused resources for classrooms and other learning spaces — like an 826-designed “Include Someone, Make a Difference” lesson — through 826 Digital.

Create visual reminders of the culture you want to see.

Kevin, a sixth-grader at 826 Valencia suggests “putting a big poster saying ‘We welcome everybody,’” up on the wall. “That poster will tell you that everybody is accepted, meaning whatever their culture, race, shape, or language may be,” Kevin says.

Bring diverse books into the classroom.

“I think more books will make our learning space more inclusive because we will learn more things,” says Jacob a second-grader who participates in 826LA’s programming. Indeed, as the nonprofit We Need Diverse Books puts it, students need to see “literature that reflects and honors the lives of all young people.” When they do, students see themselves reflected and are also better able to empathize with their peers who are different. 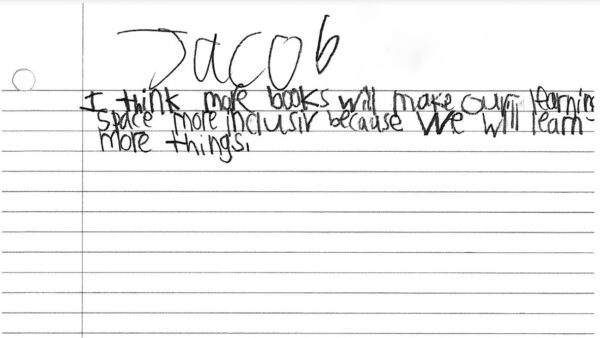 Be conscious of gender balance.

Mayra, a student at 826CHI suggests: “Bring more girls PLZ so there is an equal amount of gender balance.” Mayra’s point is a good one: Research shows that male students are often the dominant speakers in a classroom setting, and are usually the first to speak up — harmful patterns that will follow girls into their personal lives and professional careers unless they’re nipped in the bud.

There’s nothing worse than being the last student picked for a game of kickball and hearing your peers whine about your lack of athletic ability. That’s why we love a suggestion that came out of a group brainstorm from 826 Boston — that “playing games that everyone can play“ is a way to foster a more inclusive classroom space. As Juan, a student at 826CHI puts it, “letting everyone in the game” matters because you “don’t want anyone’s feelings hurt.” After all, when students collaborate, everyone wins.

Get specific about what’s offensive.

Sometimes students don’t know the phrases or words they’ve grown up hearing from friends, family, and neighbors are offensive. To be sure they do, “Make a list of phrases that may seem innocent but can actually be very offensive and have students explain how said phrases can be harmful,” suggests Renee an eleventh-grader at 826NYC. “Do this while remaining humorous and engaging,” Renee adds.

Teach students to be upstanders. 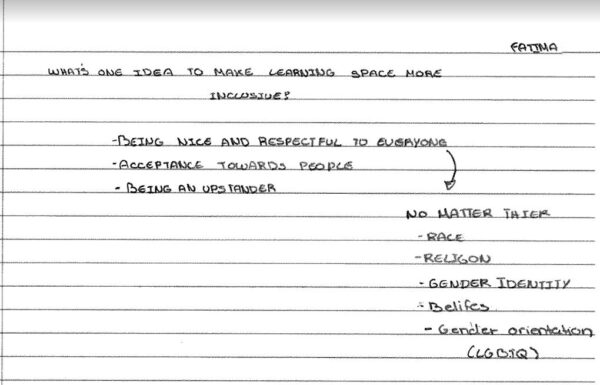 We all need allies, so the suggestion from Fatima, an eighth-grader at 826LA, that “being an upstander” can make a difference is foundational. After all, research shows having a peer who is an upstander — someone who sees bullying and decides to take action to end it — is what students say is often most helpful.

Remember the power of encouragement.

It’s a risk to raise your hand, especially when you’re not sure you have the right answer and are worried about being laughed at. That’s why consistent encouragement — “telling them ‘nice try’ or ‘good job’” — matters so much says Samiah, a sixth-grader at 826DC. “Because I want people to treat me the same way,” Samiah adds. “Instead of being mean, be nice.”

The power of a warm greeting to foster a welcoming environment can’t be overestimated. As Salim, a third-grader at 826MSP, explains: “I say hi, and my teachers say hi back.” 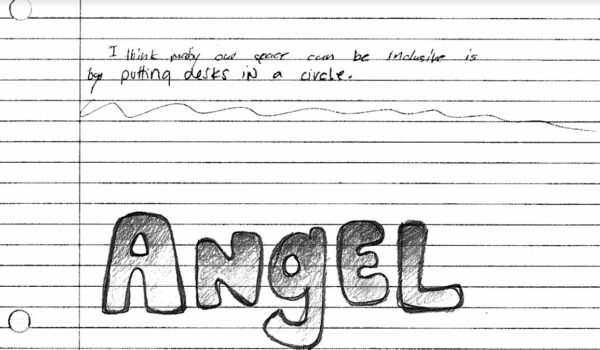 Group activities are a tried-and-true staple of modern classrooms, but Emelyn, a seventh-grader at 826 Valencia, says to make sure students “get into groups of people in our classroom that we normally don’t hang out with and get to know each other.” This creates a welcoming environment, Emelyn says, “because people get to interact with other people they normally don’t hang out with and because maybe you will have something in common with someone you never believed you would like the same things as — but most of all you can make a new friend.” 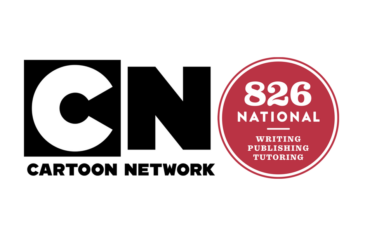 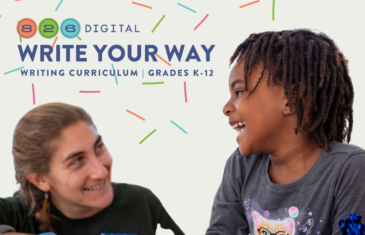 Teach the Joy and Power of Writing with 826 Digital

Teach the Joy and Power of Writing with 826 Digital Our Write Your Way Curriculum is now available for the new school year! “I write because I want to give life to my thoughts. I have stories that deserve to … Continue reading → 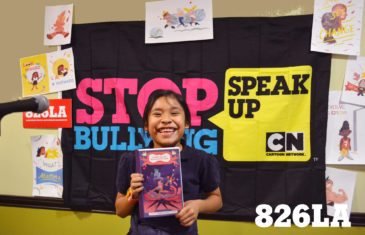 Students Stop Bullying One Story At a Time

826 National and Cartoon Network believe students have the power and perspective to end a pervasive culture of bullying, and that those perspectives should be heard on a national scale. To that end, the two partners launched the Inclusion Storytelling … Continue reading →